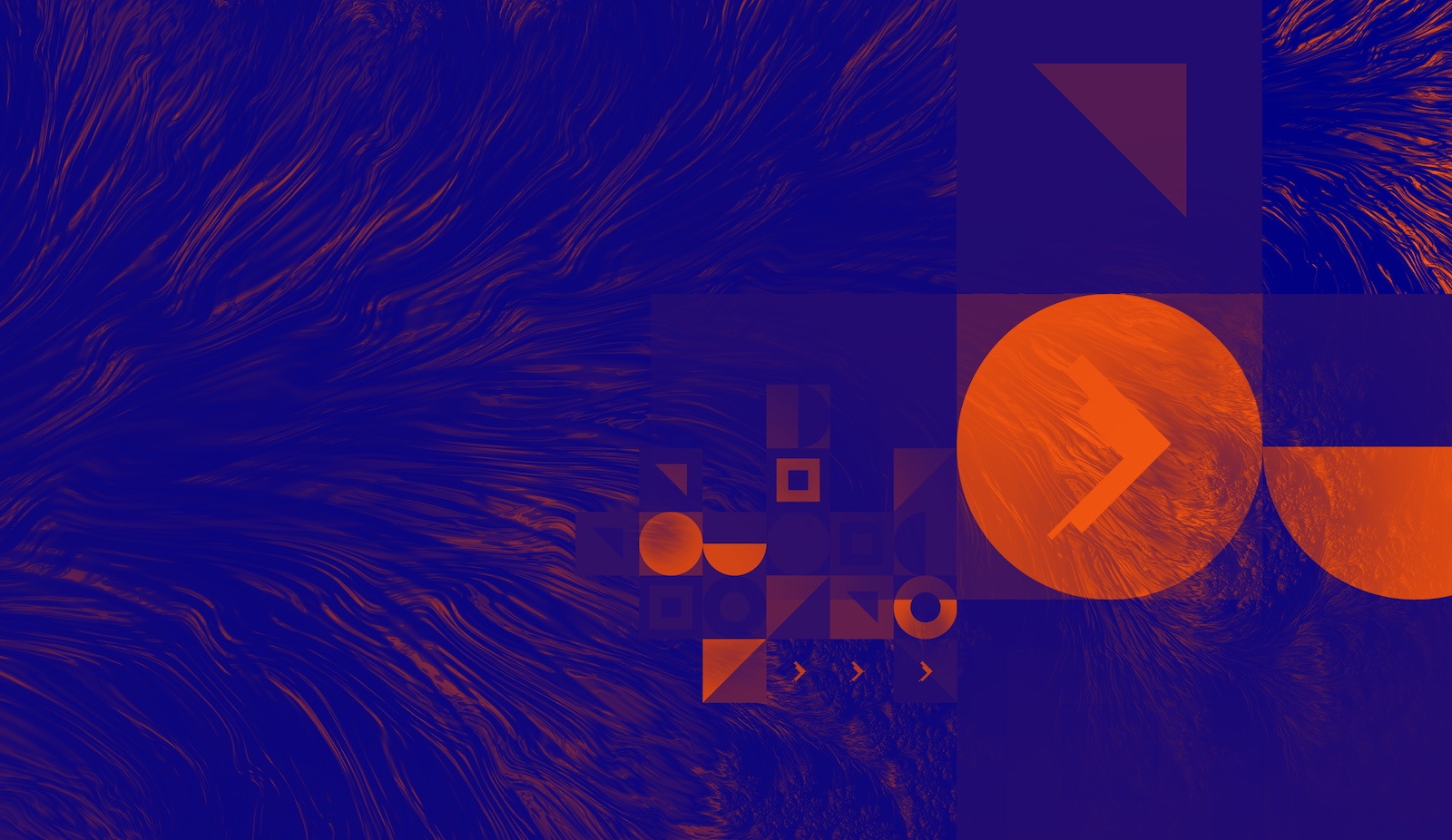 The Grace of Gathering

I have a daily practice of writing a line a day to record something that I have learned or to capture a memory that I hope to fondly recall. I hope to use this collection to inspire and encourage my children and their families long after I’m gone. I’ve been doing this for seven years now and have quite a collection of memories and lessons I’ve learned.

So, as my early morning daily routine began on March 13, 2021, I reflected on what I had learned and experienced on the same day, the year before, in 2020. On that particular day, I had written “Do not be anxious about anything. But everything by prayer and thanksgiving. Philippians 4:7.”  A few days later I quoted Luther who wrote, “we can confront Satan’s fury with the Word of God, which we have and which saves souls even if that one should devour our bodies.”

You know what I am speaking about in this entry: we were in the first days of what would be known as the COVID-19 pandemic. It was arguably one of the most unique years for the entire world. For some, it was a blessed opportunity to be home with family for an extended period, for others it was a time of uncertainty as job security and the economy were impacted by lockdown orders and then months of physical distancing. And for all of us, COVID likely impacted us by taking the life of a family member, friend, or colleague. Although there is a glimmer of hope that COVID is beginning to loosen its grip on the world, the total impact of COVID-19 may be felt for years to come.

One aspect of life that COVID greatly impacted was the gathering of people. If I were to describe a world to you that included few churches gathering in person, schools empty of students and in-person instruction, professional athletic events played before empty stadiums, concerts canceled or broadcast from the musician’s living room, highways nearly absent of cars, and city parks secured by caution tape restricting the play of children, you might think I was describing an apocalyptic science fiction novel or movie. But, we all know this wasn’t science fiction—it was 2020, and now the first half of 2021.

As I continue to reflect on those things I’ve learned and recorded over the past seven years, I am reminded regularly that it matters deeply for people to gather. Some of the fondest memories I will share with my children are centered around moments of gathering to sing with church family, moments of sharing stories with friends around a fire pit, and moments of connecting and collaborating with friends at gatherings like Converge 2022.

Psychologists believe there is something powerful that occurs when people gather. “In-person meetings provide a sense of intimacy, connection and empathy that is difficult to replicate via video,” said Paul Axtell, corporate trainer and author of the book Meetings Matter. Anecdotally, as I have the opportunity to talk with school leaders across the world, I sense a deep longing to be together. And, as I learn of small in-person gatherings beginning to take place, there is a giddiness reported because of the powerful connections that have been absent from our lives.

Scripture is also replete with examples of moments of connection like these. These connections can be seen in moments when Joseph and his family were rejoined after years of separation or when Ezra returned home to rebuild the Temple. These connections are also seen in the New Testament in Jesus’s parable of the return of the prodigal son, when believers gathered together on the Lord’s Day to worship, or when the Apostle Paul would rejoin a community of believers he had been separated from. And then there is a promise of a moment yet to come that gives us the hope of an eternal gathering with Jesus that will not be marked by the sadness of any farewell.

Human connection matters. The way God wired humanity is to long for and to find joy in these connections because they address a deeply spiritual need that all Christians innately share . . . to be with one another. The beauty of God’s redemptive work is that he joins us not only to himself through Christ but also to others in the body of Christ, the Church. But, this deeply spiritual need has been missing for all of us. Whether it has been the absence of local congregations meeting together in person or the inability of the Church universal to gather in ecumenical settings like Converge, there is a unique and powerful dynamic that must be recovered.

Why does this matter now? Because on a practical everyday level, COVID has made it very easy to forget things that matter most. Important things like the gospel work that is being accomplished on a global scale, the importance of Christian unity, and the future hope that we will experience together because of God’s great grace.

So, when we gather at Converge:

COVID has made our world very small. Because of this, there is a natural temptation to believe we are alone or that our school is the remnant that continues this important work. Coupled with our natural bent as individuals to be autonomous and self-sufficient, it is very easy to fall prey to this detrimental way of thinking.

To counter this temptation, gathering together will expose us to others who are committed to the same work, which will be inspirational. The divine inspiration occurs when we gather together with a thousand Christian school leaders from across the globe and it becomes visible and tangible that we not alone, and that the gospel work we are engaged in is being accomplished on a global scale.

My prayer for you is to come and witness the grand work of God being accomplished in Great Britain, to hear of the gospel being proclaimed through the faithful work that Christian school leaders are doing in Australia, to learn from brothers and sisters engaging children on behalf of God in Canada, and to connect and hear stories of God supernaturally moving through the classrooms of Christian schools across the continent of Africa.

Come see what God is doing all over the world.

We Will Show the World a United Front

The Roman Army was a fierce and formidable force. Julius Caesar had invaded Britain in 55 B.C. with only 10,000 men. Despite being outnumbered four to one, he had beaten the Gallic tribes of France at the Battle of Alesia earlier. Everyone in the Roman Empire knew that the strength of the Roman Army lay not in its numbers, but in its commitment to unity. A united army doesn’t need to be a large army to be victorious. While the barbarians tended to rely on numbers and mob tactics, the Roman generals drilled their legionaries to form a disciplined “triple line.” If charged by cavalry, they would adopt a “square” formation. If bombarded by a hailstorm of arrows, they would adopt the “tortoise” formation behind a united wall of shields. If the generals saw an opportunity to advance in battle they would reorder into a “wedge” formation that galvanized the soldier’s strength, allowing them to punch holes in the enemy lines. The Roman Army reminds us of the abiding truth that united we stand, and divided we fall.

Interestingly, the image of a Roman battalion standing with their shields locked in united opposition against an enemy is a helpful reminder to those of us gathering at Converge. It is a potent picture drawn to remind the Church of the importance of Christian unity in the battle against the world, the flesh, and the devil. While writing to the Colossians, Paul says: “For though I am absent in body, yet I am with you in the spirit, rejoicing to see your good order and the firmness of your faith in Christ” (Colossians 2:5). This critical phrase “good order” is language synonymous with an unbroken line, a solid front. When gathered together with more than a thousand other members of the Church who are engaged in Christ-centered education, we show the world a united front against those who seek to diminish the sufficiency and supremacy of Christ (Colossians 2:1–10).

Instead of clinging to tertiary issues that separate us, let us endeavor to keep the unity of spirit in the bond of peace (Ephesians 4:3). This reminded me of the story of U.S. President Theodore Roosevelt and his pet dog that was always getting into fights and being beaten by other dogs. One day a reporter broached the topic by stating, “Your dog is not much of a fighter, is he, Mr. President?” To which, Roosevelt replied, “That is not true. He is a wonderful fighter! He is just a poor judge of dogs.” There’s a lesson we can learn from President Roosevelt; it is the necessity of learning to wisely pick our fights and to become a better judge of the things we want to fight over. Life certainly provides sufficient opportunity to be offended and many reasons to come out of our corner fighting, but life also provides ample opportunities to come together and celebrate those things that unite us.

Come show the world the importance of Christian unity.

One of the most beautiful gifts of being God’s child has not yet been experienced. As a child of God, heaven has been guaranteed for you, but it will not be right here or right now. In the meantime, heaven has been placed in your heart (Ecclesiastes 3:11). All that disappoints, all that has died, all tears shed, and all relationships broken will be restored and renewed when this Day comes. That is our blessed hope!

So, to help our functional theology align with our formal theology, our hope for eternity is strengthened when we stand shoulder to shoulder with fellow believers who will be with us in heaven. Think about the power of that moment. Think of the joy and satisfaction you will experience when you sing with others, when you pray with others, and when you share in the foretaste of glory divine. As C. S. Lewis said, “Those who have done the most in this life are those who have thought the most about the next.”

Come hope in the future that is yet—but sure—to come.

Matt Thomas, EdD, is the Executive Director of The Baylor Center for School Leadership. Dr. Thomas joined the Baylor School of Education in 2018. He has served in Christian schools, Christian higher education, seminaries, and pastoral ministry for more than 25 years. Most recently, Dr. Thomas served as the Executive Director of a national radio ministry broadcasting on more than 600 stations. His experience and expertise include mentoring, the development of leaders within Christian organizations, and organizational culture and health. Motivated by the joy a person experiences when they invest in the life of another, Dr. Thomas aims to equip Christian leaders to lead from a posture of humility and Christ-like influence that catalyzes the leader to effectively help that institution fulfill its mission. Dr. Thomas is deeply committed to training leaders to purposefully engage the seismic shifts facing Christian institutions today and firmly believes that the effectiveness of an institution is most closely related to the quality, character, and training of its leaders. Matt and his wife, Beth, have three daughters.